I want to talk about my short trip of last week.

This is called "Uni don". Uni is expensive. Of course I like Uni. 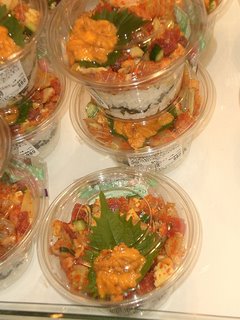 This is called "Inari shushi". 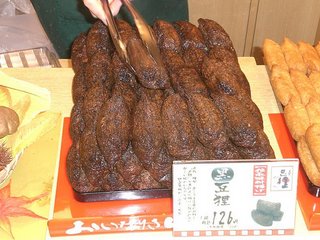 This is called "Matsutake rice". Matsuke is a mushroom. 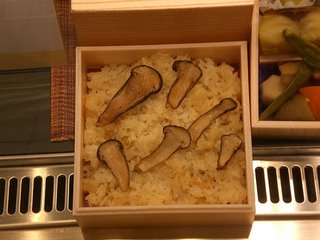 Then I waited for the train to Odawara. There are some of people who live in Odawara and Kamakura and work in the center of Tokyo. So people already got on the train that I had waited for. But it was not bad to stand up for 1 hour. After 1 hour, I arrived at Odawara station. In the past, I had gone to Odawara. Odawara is a famous city as Odawara castle. Please look at this if you want to know about Odawara.

Then I went to Japanese inn. It has a homey feel. After checking in, I went out to buy food and beer.

Hi Reona
amazing food as usual ....
I really want to eat those mushrooms ...... they look so good...
was all that food for sale at the station?
at stations in the U.K. you would be lucky to get a sandwich and then it would be expensive and poor quality!!
If I visit japan i will spend all my time eating .. ha ha
take care
Mike

It is sold from fall to winter.
In the past, there were a lot of Matsutake.
But now, we import them from Korea or China.

I hope you enjoy eating Japanese food together at that time if you come to Japan someday.