How are you? I am fine. Now, I have to check about OpenSocial API Blog.

By the way, I went to the pub "HUB" of Shinjyuku on Friday of last week alone. I had often gone there. It was first time after the trip of UK.

I ordered fish&chips and beer.

Fish&Chips of "HUB" wasn't delicious. Before going to the trip of UK, I felt it was delicious.

All of Japanese restaurant aren't good. I think fish & chips that we ate in UK was best and delicious...

After having a lunch and seeing a nice landscape, we got on the tube again because I 'd like to go to one place.
Yes, Apple rooftop!!! 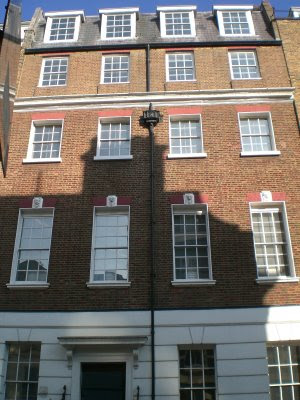 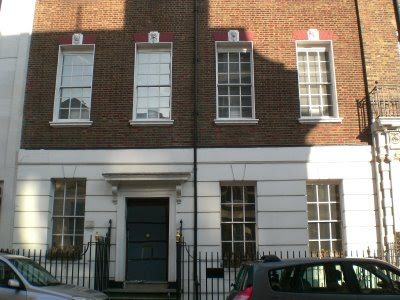 Mike took us to there again.hahaha. Mike,thank you so much!!!

I watched the video of the live of the Beatles in this building on TV again and again. I think that people who could see their live in the real were lucky!!! I was very impressed when I saw Apple roof top.

Then Mike guided us around London. My mother loves shopping. So her walking was faster than us.hahaha. Anyway, Mike,thank you for guiding us around London. After shopping, we came back to the hotel because my mother was so tired. (She fastly walked to enter many stores....) So we took a rest in the hotel. After taking a rest, I went to the pub "The Worlds End" of Camden Town with Mike!!! I was so excited because I wanted to go to the pub of UK!!!! If you want to go to there, check this. 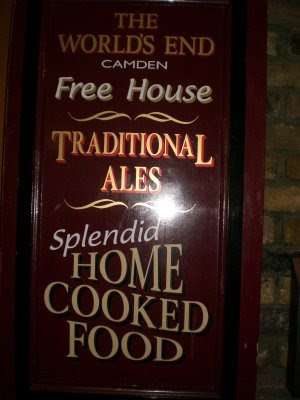 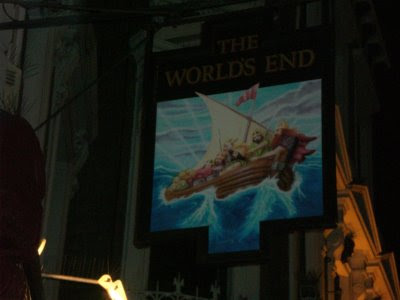 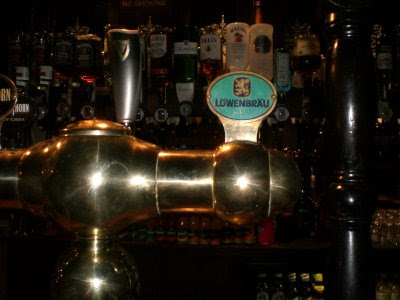 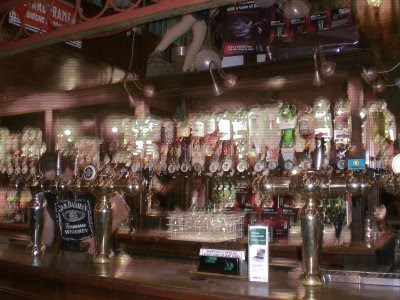 This pub is so huge and nice. I was so surprised because one woman sat down on the pub. I asked Mike about it. The pub is popular in UK. So people goes to there alone. Wow.

If I lived in UK, I will go to there every nights! 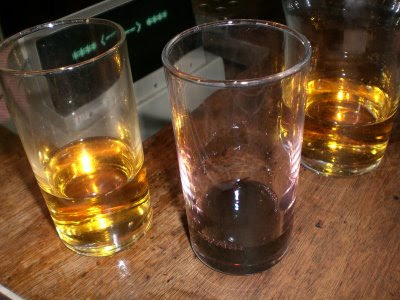 The beer of UK is so different from Japanese. But it is more delicious. Of course, cider & port too. We talked about a lot of things while drinking beer. For example, about tax of UK. Japanese tax is 0.5%. But UK's tax is 17% except foods and books. I heard that UK's health system and welfare system are better than Japan and America.

Especially, Japanese pension system is destroyed. You may know about it....

Anyway, I can understand about tax of UK. I think Japanese government have to try the system of UK.

When I went to the rest room, I found the poster!!! 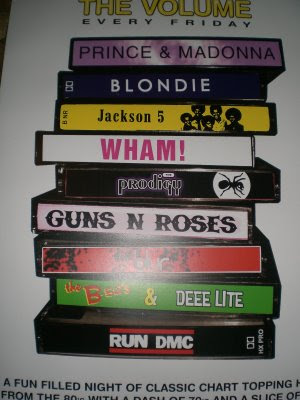 My trip of England #9 Fish& chips and wonderful landscape

After going to Abbey Road, we went to the store of "The beatles". 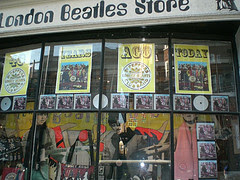 Of course, Mike took us to there. If I had a lot of money and I were rich, I would bought many goods.

When I bought some goods, I was so surprised. Because clerks behind the counters were Japanese. They stays in London to study English.
I really envy you.

Oh, I forgot the most important thing. When I had met Mike, he gave me to the stamp of The beatles and his CD!!! They are my treasure.

Then I left the store, Mike found the store of Elvis. My mother loves him. So we entered there. She was so glad! Of course, me too!

Then we went to the South bank centre to have a lunch. We got on the tube and got off at Charing Cross station. This place was so nice and huge. Mike said that concerts or opera are hold on there. Then we had a lunch!!! The restaurant is "Canteen". What did I eat??? 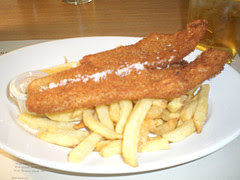 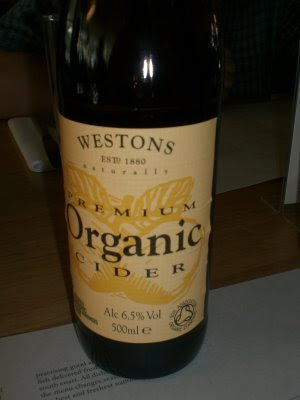 They were so delicious!!!!
Especially, The vinegar of UK is better than Japanese vinegar.It is more delicious. (I will looking for the vinegar of UK in Japan.) And the service of the restaurant was so fantastic. If you go to there, you must have a lunch or a supper.

Some people says that the food of UK is not good. But it isn't true. I ate fish&chips and English breakfast,chinese,pizza. They are so delicous. While eating, we enjoyed talking together.

After lunch, he said that the view of this hall's top was so good. So we took the stairs and arrived at the top floor.

The landscape was so beautiful.

I could see Thames and classical buildings,the brige etc. 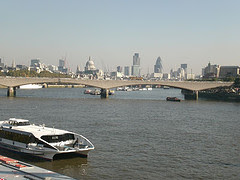 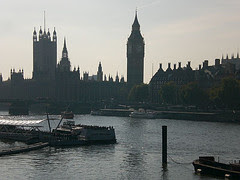 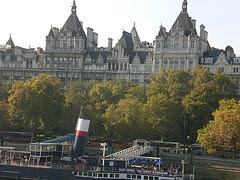 I have to write about one movie.

I love the director "Pedro Almodvar" for a long time. So I watched his movies many times.

But this movie "Volver" is most wonderful. I watch this movie 2 times on the theater. I was really impressed.

Hi,folk!!! How are you? I am fine and I can use my pc. Because the keyboard is still broken, I bought a new keyboard. Anyway, I will keep updating my blog!
By the way, I found an interesting website.
You may know this website.

After checking this test, my brain is SA-SA woman....
Yes, that is right.
I think the left part of my brain keeps working.

My trip of England #8 Feeling the Beatles!!!

I wrote about the live. we enjoyed the good live until 2 am. Then we came back to the hotel. The next day, Mike guided my mother and me around London. Before the trip, I checked one place.

I love the beatles and John Lennon. So we got on the tube and got of St.John's Wood Station . After walking for 10 mins, there is an abbey road!!! I was so excited.

Then I took some photos. 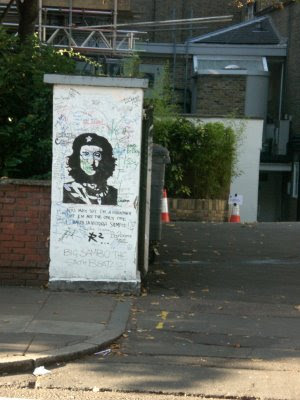 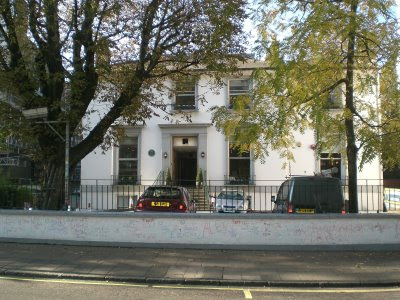 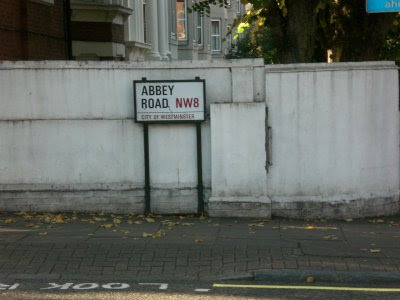 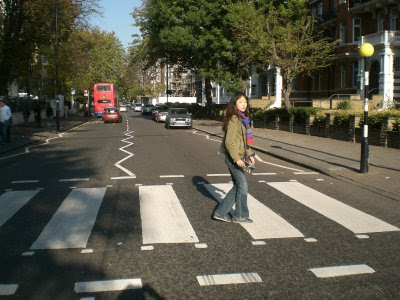 I forgot to write about going to the live with Mike.

After dinner, Mike and I went to the live!!!

Yes, I looked forward to going to the live of UK before the trip.

Although my mother went back to the hotel because she was tired.

Anyway, it was so fantastic!!!
While drinking beer, we enjoyed listening to the music!!!!

Mike,thank you for searching a good live show!!!

How was your Christmas of last year?

Did you have a great time? 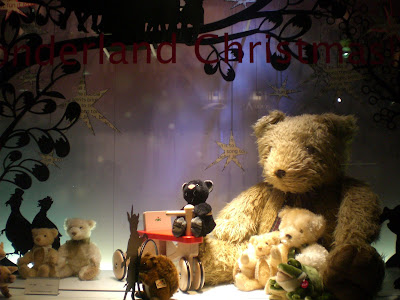 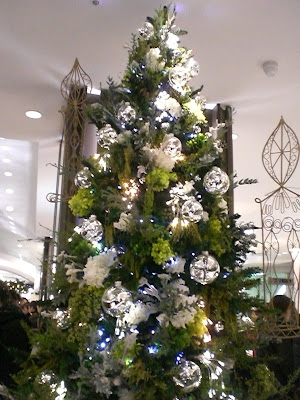 I had a great time although I couldn't spend a time with my family...

I met my friends and had a dinner at Thai restaurant "baankirao".
This restaurant is one of my favorite restaurants of Tokyo. The food are so delicious and the price is reasonable.

Of course, we ordered a lot of dishes and drank beer!!! The price per a person was only 3000 yen. Do you belive it??? My friends gave me a beautiful flower!!!! Anyway, we enjoyed talking together and eating. I hope we'll meet again. 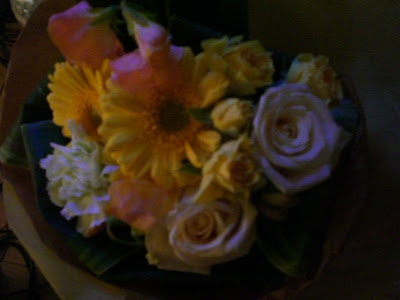