I have gone to the hospital once a week since last year. Then I have been checking the blood test. 2 month ago, the result of blood test was better and I started working. But the result was worse when I went to the hopistal on this Monday. The doctor said that I have to take a rest again...

Before testing the blood test, it was true I felt dizzy and had heavy headache...Anyway, I don't work now. So I try taking a rest.

I don't want to write about sad. But I want to know the other countries's situations. So I am writing about depression of the sick.

I have a friend. She has been suffering from depression for a few years.

Yesterday, I got the email from her. She decided to quit the job in order to fix up the depression. In Japan, the number of people who suffer from depression for a few years is increasing. Some of them killed by themselves in Japan. Japanese government tried to solve them. But it doesn't work well.

In addition, it is true that people who are suffer from the depression of the sick are subject to discrimination and prejudice in Japan.

And it isn't common to go to counselors for Japanese.

I heard that the price of counselors is too expensive because Japanese assurance doesn't allow.

I am sorry that she has to quit the her job. Because she loves her job.

I know that health is most important.

But she has to give up her job because of the depression?

After I got the email, I called her and we talked about her. While talking with her, I could understand her suffer and I felt so sad.

If the companies and Japanese understand depression of the sick , she must not decide to quit the job that she loves.

Please tell me about the depression of the sick in your countries.

I can't understand why some of Japanese and companies don't try to understand the depression of the sick and some of people who suffer from depression have to be subject to discrimination and prejudice.
投稿者 reona 時刻: 5/12/2007 03:59:00 午後 4 件のコメント:
ラベル: About Japan, diary

The movie "Mushishi" & my brain

Yes. I had been waiting for watching the movie "Mushishi".

A few days ago, I could watch the movie "Mushishi". The image of the movie was almost same as anime. I like the movie's version of Mushishi.

By the way, I am making programs at my office. Sometimes, I want to run out from my office because of bugs. But I can't...

When I don't deal with my bugs, X or others sometimes make me laugh. I really thank for them.

People of other company often make programs. But at this time, it isn't different. I have to make programs and do test until releasing. Because my company wants to down cost.

Recently,I didn't make programs. So I forgot some things. But I could remember them while making programs.

I think making program by my self may make my brain strong.

Going to the Chinatown of Yokohama

On 3th of May, my family left Odaiba and went to the hotel of Ichigaya. My father slept in the room because he was tired. So my mother and brother and I enjoyed talking and watching the football game until my father woke up.

It was 8 pm when my father woke up. So we decided to have a dinner. We went to Japanese restaurant and ate a lot of dishes while drinking beer. After 2 hours, we went back to the hotel and went to sleep.

On 4th of May, we got up at 8 am and have a breakfast. After taking a rest, we got on the car. Of course, my brother drove the car because I don't have a car license. Anyway, we decided to go to Chinatown of Yokohama.

It was almost 12 am when we arrived at Chinatown. There were a lot of people. So we walked around china town and had a lunch. After then, we decided to leave China town because there were many peple and my father had to drive for 6 hours.

My brother drove the car and we talked a lot. Then we went to the cafe because I didn't want to leave my parents and I missed them. We took a rest at the cafe and drank tea while talking.

Then my brother went to the highway and we left. When I said "Good by" fo my parents, I shed my tears. I am still child.

So my little brother got up at 5 am when my mother visited his apartment. Of course me too. He drove the car instead of my father because my father had kept driving the car for 7 hours and my father was tired. I slept 6 am when they come to my apartment.

Anyway, we could meet!!! Then we went to the restaurant in order to have a breakfast and the stores etc was not opened yet. We talked for 3 hours at the restaurant and we decided to go to Odaiba. There are beaches and oceans,Fuji TV Building, stores etc in Odaiba. After 1 hours, we arrived at Odaiba. There were a lot of people when we arrived at Odaiba! At first, we went to Fuji TV Building. we watched the TV studios and we could watch some Japanese actor!!! 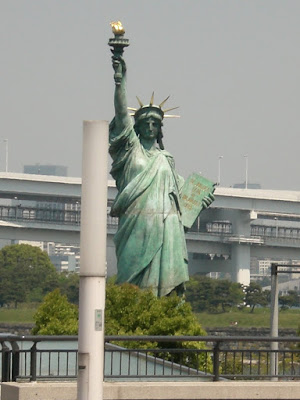 Then we had a lunch at Italian restaurant. 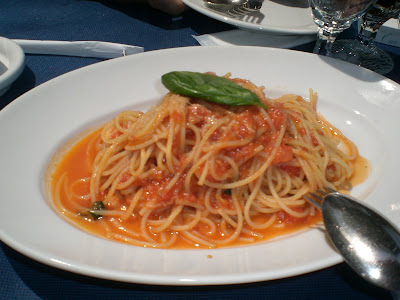 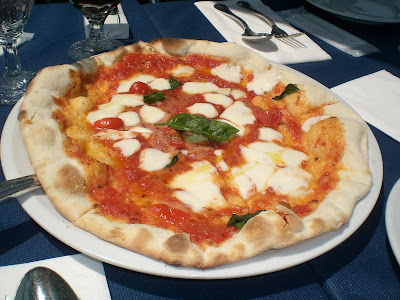 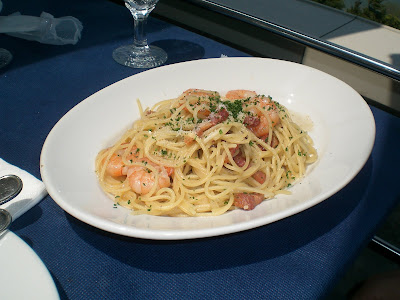 We maybe ate too much... But the foods were very delicious and we could see the ocean and feel the wind while having a lunch.

After the lunch, we decided to get on the ship. While waiting the time of ship, I went to the beach and fond shells and got some shells. It was very fun! 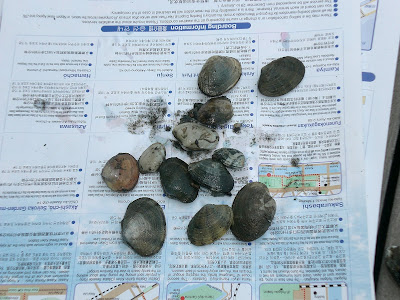 We got on the ship and enjoyed seeing a view of Tokyo bay for 1 hour. We could feel the wind of the ocean and see the people who enjoyed fishing! It was very wonderful.

Meeting my parents and a brother

Well, I just came back to my apartment 1 hour ago. In Japan, long holidays has started since last week. It is called "Golden week".

I and my brother often go to Nagoya while this holidays. But it was different at this time. Because my parents came to Tokyo by the car. They left from Nagoya at 4 pm of 2th of May and they arrived at Tokyo at 4 am. My father had to keep driving a car for 6 hours without any sleep. Anyway, we enjoyed holidays. I will write about it later.
投稿者 reona 時刻: 5/04/2007 06:05:00 午後 2 件のコメント:
ラベル: diary, travel

You know some of Japanese movie director. For example, Ozu, Kurosawa, Kinoshita etc. Do you know one Japanese director "Kon Ichikawa"? He made a lot of nice movies. When I was a child, I couldn't watch his movie of Kindaichi's serices. Because I was scared and I couldn't sleep at all because of feeling fear. But for 3 day, I has been watching his movies of Kindaichi's stories. I like "Akuma no temari-uta".


They were so good. The stories and all of casts were excellent. They were old movies. But now, I can enjoy watching movies because they are interesting. The main character "Kindaichi" was a detective. He solved difficult crimes. The stories were very deep. If you find them, you may enjoy Japanese old movies.
投稿者 reona 時刻: 5/02/2007 05:52:00 午後 0 件のコメント:
ラベル: movie
新しい投稿 前の投稿 ホーム
登録: 投稿 (Atom)