I'm not quite myself and I am dazed today.
I think I couldn't sleep well last night.

By the way, I will attend the welcome party of the company at tomorrow's night.
One person joined to our team this month.

It is important to drink together after work for Japanese workers.
Is it common in your countries?
For example, welcome party,farewell party, year end party, New years party etc...
So if you enter Japanese companies, you may be surprised!

Yes, Japanese manage to drink together with workers after work in order to understand each other and communicate.
Maybe, many Japanese like doing something with co-workers.
How ever, younger people today doesn't like to attend parties of companies.
Of course , me too..

I like parties.
So I sometimes enjoy parties with friends or co-workers who are my friends.
However, relations of companies in Japan is so difficult for me.
Because we must pay a lot of money and we sometimes listen to complaints from co-workers and bosses...

So I will try not to sit beside persons who talk only complaints...

I just want to enjoy wonderful talking if I attend parties.

I want to talk about welcome party and farewell party again.

Sometimes, I don't want to attend welcome parties when many people joined our tearm.
Because I have to pay many money...
So I often save money when it is April.
April is a season when many people enter companies in Japan.

Preparing the another way to leave Japan and make money

I don't know where Japan is going to lead.

You know that Japanese Prime Ministar Fukuda said that he wants to resign.
Japanese is still so angry with him and he is criticized by public.

Because he doesn't have any responsibility.

In addition, he stopped interviews after the announce of resign because he didn't want to be criticized by reporters.

Then new Prime Minister will be born tomorrow.
But we are cool toward him and Japanese government.

So I can understand many Japanese feel resignation and they left Japan and started to live in other countries.

You may know that my dream is living in other countries someday and enjoying traveling.

However, I finally found the another way to make money besides my work.
So I'm really happy.
Because I may stay in foreign countries and live in there for years without worrying money if I make money by that.

I will keep studying one thing and doing that besides my work.

To tell the truth, I knew about that a few years ago.

Because some of friends did that to make money.
At the first, I was so scared.
But I don't feel any scare at all because I understood the system of one thing.
And one thing may be suited for my personality and preference.

One thing doesn't make my anxious.

As I checked out one thing one day, I could know that many Japanese who live in other countries did one thing to earn their bread and butter.

Now, I just started doing one thing and I didn't make enough money to live in other countries after quitting my job yet.

Hi, how are you? I am fine. Today, I plan to leave my office at 7 pm and go to one nearby restaurant. Because it will start opening today. I saw a restaurant under construction ago a few week. At first, I didn't know what kind of restaurant was. However, I found a menu of that and it was a restaurant of French food "Galette". There were many people in there 2 days ago. When I glanced at them, it looked like a party before opening. In the past, my friend told me a wonderful galette's restaurant "le bretagne". http://www.le-bretagne.com/j/lebretagne.html According to the website of that, it was a first restaurant of "Galette" in Japan. I ate Gallette and drank cider and the taste of huge Gallette. Then I sometimes went to there to eat Gallette. I don't eat Gallette for about 7 years. So I forget the taste at all. Anyway, I am looking forward to eating Gallete tonight!
投稿者 reona 時刻: 9/09/2008 05:12:00 午後 1 件のコメント:
ラベル: diary

The preview of BBC's drama programs

I want to write about the preview of BBC's drama programs on my blog. Since the end of Aug, I have been busy because I will have to release the service on Nov.

So I often work overtime...

However, I left my office as soon as it was 6 pm of last week.
Yes, I decided to go to the preview of Shibuya because I wanted to refresh myself.
Then I arrived at Shibuya station and went to the place.
The place was a restaurant "bar amusement". 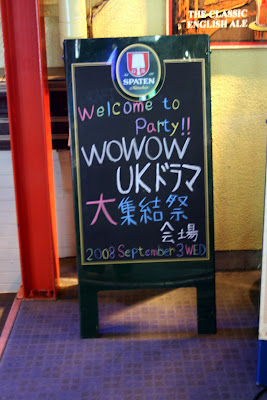 Acording to the website of the restaurant, a lof of beer were served in there.

The preview started at 7 pm.
I arrived at there at 6:30 pm and entered there.
Then I was so surprised because there were many foods and beer in there.
Yes, everyone could eat and drink for free!!! 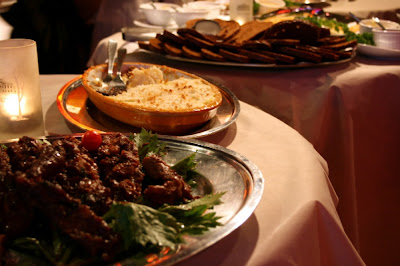 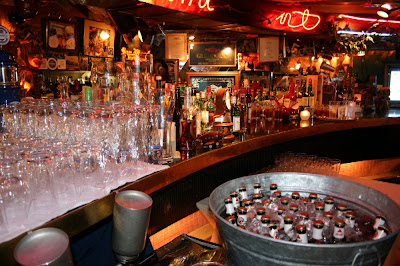 So I ate fish and chips, spareribs etc and drank 3 cups of "Guinness" until watching the drama.
At first, we watched "Ashes to Ashes" for 1 hour. 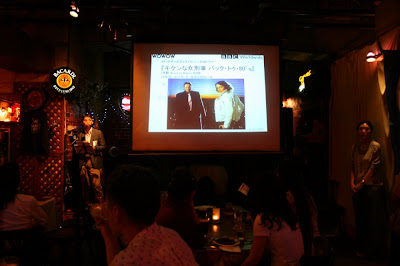 The story was about one police woman who slipped back in time to 1980.
She solved the accidents with other polices.
I laughed and really enjoy watching this drama.

Until next drama program, we started drinking and eating.

After eating snacks, the preview started again at 8:30 pm and we watched "Jekyll" until 9:30 pm. 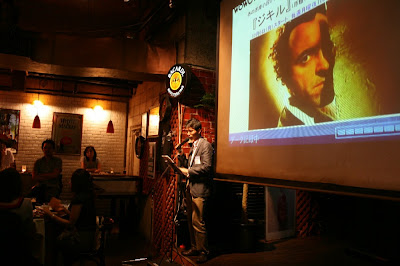 I know about Jekyll and Hyde and have watched the movie in the past.

The drama was so interesting.

After watching them, British ambassador came to us in order to talk about Drama programs and our comments.

I am fine.
On last Friday, I left the office at 8 pm and arrived at the station.
As soon as I started going back home by foot, I met a steady deluge and a thunder.

While I went back to home, I was soaked through by the drizzling rain.
When I turn on the TV and watched the TV news at home, the trains were stopped because of the rain and thunder.

Although I promised to meet my friend on Sat, I gave up.
Because I couldn't go back to my home if the trains were stopped because of tunder and heavy rain.

Then I decided to stay at my home while a weekend and I enjoyed watchig movies.

I was looking forward to watching this movie when the movie was released.
However, I didn't have a chance to watch it in the theater.

This movie was comedy and the story was about "Maiko" that is Geisha's apprentice.

The main character was one man who love Maiko's culture.
He move to Kyoto from Tokyo to meet Maiko.
Then funny accidents happened around him and his girl friend.

I couldn't stop laughing while watching the movie.

The preview of UK's TV drama

Hi, how are you? I am fine.I enjoyed watching movies on the weekend because the weather was too bad.(I will write about it later.)

By the way, I like TV dramas and movies of UK.
I got a email from UK-Japan this morning and I read it.

It was an invitation of UK's drama's preview!!!

The preview will be held in Shibuya's pub on 3 the of Sep.
Of course, I will manage to go to there if it is possible.
The drama that will be shown are
- Ashes to Ashes

According to the email, the peview will start at 6:30 pm.
So I must leave my office at 6 pm.

I will write about them after watching them.

My most favorite UK's dramas are "The It Crowd", "Extras","Little Britain".

When I had gone to my parent's home, I enjoyed watching them.